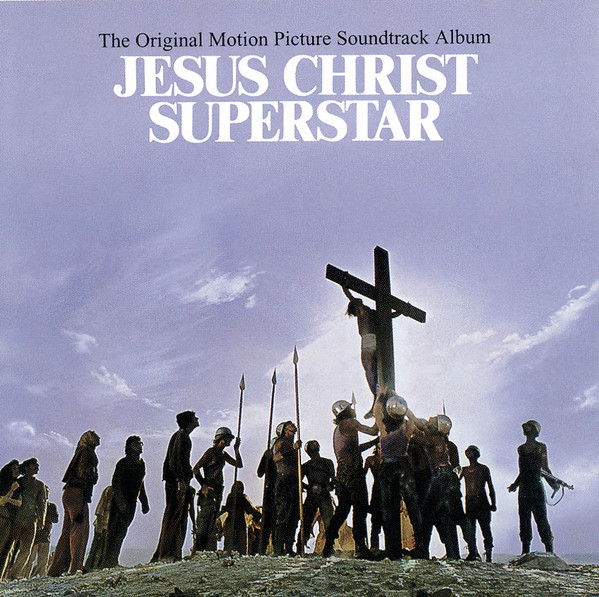 There’s a high chance that this will be a late post –  as I’m always writing these last minute – because the inspiration generally strikes me pretty late on a Monday. Chopping up 30 second snippets and posting them on my WhatsApp status can take about 10 minutes at most, but actually putting together a blog entry requires me to actually think about what I want to say in the rough draft, and then revise it twice before posting. And considering that we’re back to full work shifts today, I’m already at a disadvantage.

In any case, today we’re going to take a look at some of my favorite songs from Jesus Christ Superstar in sequential order. This means that there will be more than three songs, as I like most of them. I had originally intended to cover three musicals, but I really can’t pick when it comes to JCS, so humor me.

So Jesus Christ Superstar was a musical (rock opera) written by Andrew Lloyd Webber and Tim Rice in 1970. There is an album of cast recordings done in 1971, but my absolute favorite version is the movie from 1973 starring Ted Neeley, Carl Anderson, and Yvonne Elliman. Its filmed in Israel, so it literally begins with the cast riding a bus up to the shooting location.

I want to first let it be said that I feel like you cannot divorce the music or the musical from the seventies. I’ve tried some of the other versions, and they just don’t stand up in my opinion.

Carl Anderson’s portrayal of Judas was my absolute favorite. I loved his voice, I loved his emotions, and I loved his moves. He was actually reprising his role from the Broadway production – same with Yvonne Elliman – so I think that always helps. Fun Wiki fact: Carl Anderson filled in for Ben Vereen on Broadway, and then they rotated.

I’ll always consider this version of Jesus’s story the most secular. It’s not very blasphemous, but it just looks at Jesus in a very human way. This song in particular looks at how Judas came to his decisions, and has him talk about how everything has “gotten out of hand”.

All told, I love the disciples. Peter’s fun, Simon’s fun, and Judas is a little heartbreaking, but together they are super entertaining. Most people remember the song “What’s the Buzz” although it’s not my favorite sequence for the disciples, but, again, it’s very 70s.

In this scene, the disciples are all so hyped to take out the Romans because, as Judas had noticed earlier, the movement has essentially become politicized. Jesus tells them to calm down and worry about today, but they’re all “when do we ride into Jerusalem?”. So Jesus asks them “why are you obsessed with fighting?”. And this goes on a bit until Judas shows up.

In “Strange Thing Mystifying”, Judas wonders at Jesus’s association with Mary Magdalene. He feels that for Jesus to be preaching the gospel, who needs not be so familiar with a prostitute. Now, I love how Jesus reacts to this, but the best part is when one of the disciples goes, “Hey cool it, man”. It’s like he knows that if attention is brought to the situation they might have to get rid of the other girls that also hang around.

I think I read once that Jesus Christ Superstar was a vehicle for Yvonne Elliman, but I don’t think that’s completely right since she had originated the role and was technically reprising it for the second time. So, at this point, Yvonne Elliman was Mary Magdalene, and the role was modeled after her.

I liked the fact that they played up Jesus and Mary Magdalene’s relationship. It’s a controversial topic in Christendom, but I think that it was handled with care in this movie. I don’t think that there was anything too out of hand, but I understand that some of the lyrics had to be changed to not seem too out of hand.

I think that it’s interesting that Mary is not the only woman attending Jesus, but Judas picks her out because she’s particularly close to Jesus.

To be honest, I like any song where Jesus and Judas are arguing.

So probably my favorite sequence, even though it’s not my favorite song, is Simon and the Zealotes because it’s such a fun scene. Simon basically gathers a crew of followers that are both about Jesus’s message, and totally ready for war. So we again return to the theme of politicizing the movement.

There are few suspect lines in this song that tells you that the zealotes are feeling more than just religious fervor. Simon says, “every one of the fifty thousand would do whatever you ask them too,” and then later says “keep them yelling their devotion, but add a touch of hate at Rome”. So you get the idea that in the midst of being a disciple, Simon is plotting for bigger things.

I think that part of the reason that I love this scene is because of the choreography. It’s very fluid and free, and screaming a very ‘70s feel. I absolutely love it.

This was probably the most vulnerable of Mary Magdalene’s songs, and I loved it. It’s set after she puts him to sleep from a very stressful day (this song comes after “The Temple” sequence when Jesus is tired from rampaging and getting ambushed by leppers). I guess we’re supposed to think that Mary is only now considering that she might be in love with Jesus.

I just love the like “ . . . so calm, so cool, no lover’s fool. Running every show” line, because we already know that Mary’s a prostitute, but it’s like she’s saying she’s not stupid. She’s never been caught up. “I’ve had so many men before, in many different ways. He’s just one more”.

That guy, Jesus, wasn’t nothing new for Mary, but he did a number on her heart.

This song is Judas going to the council, and agreeing to betray Jesus. He’s essentially trying to convince himself that it’s the right thing to do, and trying to be self-righteous about it. Caiaphus and Annas know the game, but if they’re going to go down, then so will Judas.

This is the beginning of Judas’ descent into madness.

At the beginning of the sequence, Judas is sitting in the sand and holding his head. You then see three tanks coming up behind him, and I’ve only just realized this is supposed to represent a possible war coming, which would be yet another reason for Judas to try and stop Jesus. This comes up again at the end of the sequence when Judas sees the fighter jets.

This is my favorite sequence for the disciples because I really like the opening and ending lines about becoming an apostle. I am now of the impression that maybe being an apostle was just something you did back then. There’s also the back and forth between Jesus and Judas that really solidifies Judas’s decision to betray Jesus.

So, of course, this scene and song covers the Last Supper, but I think it’s so hilarious when Jesus goes “this is my blood you drink, this is my body you will eat”, and the disciples are all looking at him crazy. They just wanted some food. So of course, when Jesus starts throwing his temper tantrum, Judas is quick to cut him off.

I said before that this solidified Judas’ decision to betray Jesus, but this is also where Judas started to realize that there’s more to it. Jesus tells Judas to just go do it, and Judas replies, “you want me to do it?!” Because Judas knows that this is crazy.

Honestly, anytime Jesus and Judas fight, I’m here for it. Ted Neeley and Carl Anderson were really playing well off of each other.

I like that this song starts with Jesus asking, “will no one stay awake with me?” Like he didn’t just tell the whole crew that they were trash in the last song. (Technically, this line comes at the end of “The Last Supper” on the album, but is generally lumped with “Gethsemane” on most videos)

This is by far my absolute favorite song in this entire movie, because it really looks at Jesus as a human being, who really doesn’t want to be a martyr. Jesus outright says, “I want to know, my God, why I should die?  . . . If I die, what will be my reward?”

I love the hesitance and vulnerability. I love that Jesus really questioned God about this decision.

Honestly, the last seventy seconds of this song makes the whole movie, in my opinion. It’s also probably why Ted Neeley was nominated for a Golden Globe.

This sequence is so fun and outlandish. Just watch it.

So this is several songs later, and Jesus has been to the council and Pilate, who has forwarded him on to King Herod. Now King Herod only asks that Jesus prove that he’s The Christ, then he’ll let Jesus go.  So when Jesus doesn’t do anything, Herod gets pissed off.

You get the idea that Herod is a very decadent ruler, who really doesn’t care much for his people. So it’s not all that surprising that Jesus has no interest in bowing to Herod’s demands, even if he could.

So it’s at this point that Mary and the disciples are officially afraid. They realize that everything has gone wrong, and it’s totally out of their control. So they want a do over.

“I think you’ve made your point now, you’ve even gone a bit too far to get the message home.” They know that this is a futile request, but it’s always worth an ask.

I love this song, but I also found this funny, because Jesus was acting depressed and foreshadowing all over the place for most of the movie. He’d told Peter that Peter would deny him, and, sure enough, Peter did. Jesus told the Zealots to chill out and live better, and they basically turned on him.  And yet, now you want to cry and ask for a redo?

Too late for that.

This is probably my least favorite favorite, but it is the theme song. It’s the campiest sequence in the whole movie. The costumes are wild, the dancing is wild, and Judas is extraordinary.

The contrast of this number, and Jesus walking up the mountain to be crucified is jarring. I honestly forgot it exists, but I feel like the only explanation for it is the fact that this was never supposed to be a happy ending. I should just be happy that all of the main points were hit.

I liked that the movie begins with them all getting off of a bus to perform this play essentially on location. And then, at the end, everybody but Jesus gets back on the bus to go home. I guess I always tuned out once the theme song played, because I never noticed that.

You learn something new every day.

So, just as I thought, this is a late post, but what surprised me is that it’s such a long post. It’s no essay on Anakin Skywalker, but Jesus Christ Superstar is definitely a fave.

Until next week, dear readers. I might even do something new.

If you would like to keep up with me and my adventures in appreciating the many different types of music, please be sure to subscribe to this blog. If you just want to chat with me about these particular songs, or even just this movie, make sure to hit me up in the comment section.